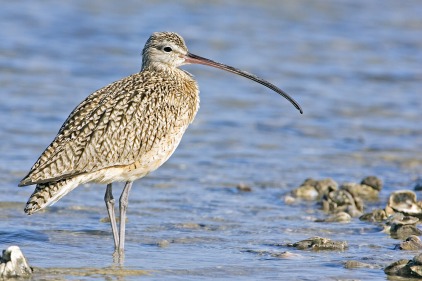 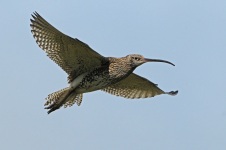 A workshop took place in Co. Westmeath in November 2016 called Curlew in Crisis. The workshop gathered wildlife managers, ecologists and conservationists from across both Ireland and the U.K. The workshop discussed scientific findings of the Curlew’s continuted decline and it was proposed that in less than 10 years time the Curlew will be gone from Ireland completely.

The workshop was driven by Mary Colwell, a very well-known and inspirational activist for Curlew conservation, alongside UCD and Birdwatch Ireland with the aim of raising awareness for the worrying decline of this iconic species. The workshop was also funded by NPWS and the Heritage Council.

The Minister for Arts, Heritage, Regional, Rural and Gaeltacht Affairs, Heather Humphreys TD,  announced  last Friday that a Taskforce has been immediately set up by key stakeholders, with the aim to stop the current decline of the Curlew as a breeding species in Ireland and to increase the populations within Ireland to prevent extinction of the species on the island.

Since the 1980’s Ireland has witnesses a devastating decline of 97% of the Curlew population on our island.  It was found from a national ecological survey carried out over 2015 and 2016 that there is currently only 122 breeding pairs left on the island. This figure is incredibly worrying as it was known that there were 5,000 breeding pairs over thirty years ago, in the 1980s.

“The decline of the curlew is of serious concern. My department and the Department of Agriculture, Food and the Marine have already worked closely together in prioritising curlew locations for entry to GLAS and in developing a measure that works for both the farmers and the birds.

By convening this Taskforce, I am bringing together the relevant experts and decision makers to undertake further positive actions for the Curlew. I am hopeful that by working together and in particular by supporting positive initiatives for the bird, we can save the Curlew.”

The Department of Agriculture, Forestry and Marine (DAFM) have introduced measures for Curlew in GLAS and Irish farmers that have breeding curlew nearby. Farmland can be a very important habitat for nesting Curlews as well as boglands and marshlands.

GLAS initiatives involve implementing control measures on natural predators of the Curlew i.e. Foxes and birds that feed on Curlew eggs, such as Crows.

For more on this, the following links have been provided: