What are Special Protection Areas?

Examples of SPA’s in Ireland:

Irelands total Special Protection Areas include over 570,000 hectares of both marine and terrestrial habitats. These SPA’s are selected based on the species that inhabit them. For example, marine habitats that are designated as SPA’s include areas that have Waders, Bar-tailed Godwait, Divers, Grebes and Chough as well as Dunlin. Terrestrial habitats that are deemed as SPA’s in Ireland include areas that are known to be habitats for bird species such as the Curlew, Hen Harriers, Golden Plovers, Corncrakes, Kingfishers and Peregrines among many more. 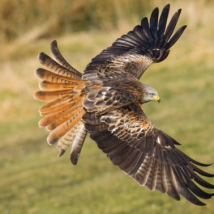 Agricultural land has been classed as highly important habitats for many bird species in Ireland and for that reason these landscapes are designated as SPA’s as they are particularly important for bird species such as Red Grouse, Whooper Swans and Hen Harriers.

Examples of SPA’s found on the island would be Lough Ennell in Mullingar, Co. Westmeath, The Murrough, Co. Wicklow, Cregganna Marsh, Co. Galway and Kilcolman Bog, Co. Cork. There are approximately 154 SPA’s in Ireland at present.