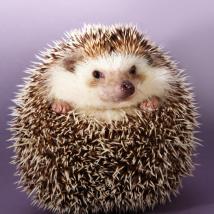 Biodiversity is the foundation of all ecosystem services to which human life thrives on. Biodiversity literally means the diversity of life on our planet. It is important to know that although many of us think that biodiversity relates just to the ‘wild’, it includes every life-form including humans as a huge influencing factor both as part of biodiversity and as a significant threat to it. Biodiversity is a system that inter-relates with ecosystems, environments, habitats, biomes, etc.

Biodiversity basically relates to having a fair amount of a lot of different types of species in an area, rather than one kind prevailing over the rest. The less biological diversity in an area, the less health and the ability to function that area will experience. The biosphere is a layer on Earth that refers to the part of Earth on which life forms are present i.e. animals, humans, plants, etc.

Biodiversity affects ecosystem services which are services that ecosystems provide to humans such as clean air, clean water, food sources, fuels, etc. The less biodiversity, the less of these every day things we have!

This illustrates how crucial biodiversity is to us as humans, not to mention the environment itself. For example, if there are less flower species in a specific area, there are less places for pollination to occur and less plants that pollinator species can use for their own survival which is turn produces less plant species as a cyclical result. Additionally, this would mean that less vegetation growing which would mean potentially less food sources for us and wildlife and also allow more carbon dioxide to be in the air as there would not be many vegetation to release Oxygen that we use to breathe. The lack of vegetation would also mean less shelter from predators for smaller species which would add to the lowering of biodiversity within the area. All of this would affect human health, wildlife health and environmental health.

Biodiversity allows for a fully functional environment that allows us to receive the ecosystem services we need that provide the simple every day things we wouldn’t even think twice about, as well as provide crucial habitats, food resources, protection and reduction of disease for wildlife on our planet. The larger the range of wildlife, plant species, etc. the better the sustainability of the area.

In the cases when biodiversity is threatened, potentially by pollution or invasive species – this poses a threat not only to the animals that live in the area whose habitats and food resources may be destroyed but our own health as well as zoonotic diseases such as Bird Flu and Ebola that affect us directly can be brought about.

8 thoughts on “What is Biodiversity?”