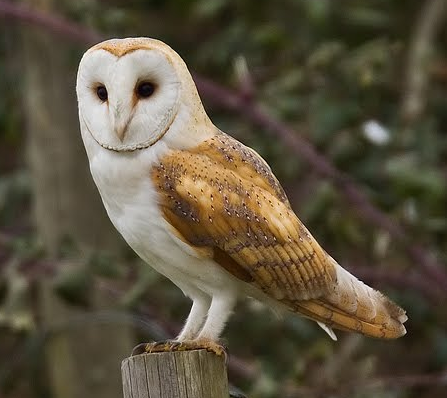 Barn Owls are known for their large wingspan. Their body length is approximately 13 to 16 inches but their wingspan is on average about 31.5 to 38 inches long. They are one of the most distinctive owls in Ireland due to the colouration and their apple-shaped face.

Breeding season for these incredible birds takes place between April to May. The female will lay a clutch size of approximately 4 or more eggs. The typical incubation period for Barn Owls is about 30 to 33 days, so pretty much a full month! 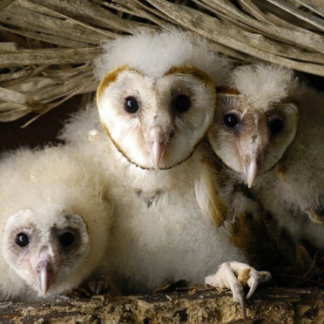 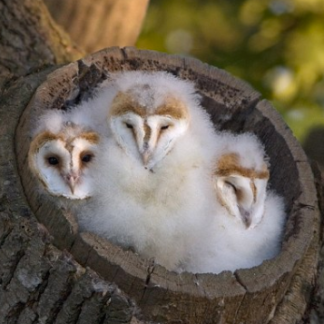 Barn Owl chicks are called owlets and when they are born, they have huge appetites. This means that both the mother and father must provide a high volume of food to the chicks. This food source for the chicks will often consist of small farmland mammals such as the Wood Mouse. These chicks will fledge after about two to three months.

Barn Owls live either alone or in pairs sometimes. In the case that they are in pairs, they will mate for life, as this species of bird is monogamous. This species will nest in old ruins in rural or unused areas such as old barns, old ruins, monasteries, unused buildings etc. For this reason, having old ruins and unused property in rural areas of Ireland can be quite important for biodiversity as it allows for homes to be made for species like Barn Owls and Bats.

Barn Owls are specialist hunters! They are absolutely amazing at catching tiny mammals that scurry along the ground. Barn Owl’s hunt at night as they are nocturnal. They will pretty much eat anything smaller than them, even small birds but prefer small woodland mammals. They hunt close to farmland buildings as they can perch themselves up on roof tops so that they can see and hear prey from afar!

Barn Own in flight

The Barn Owl feeds on woodland and farmland rodents such as the Wood Mouse shown above. The Wood Mouse would be one of the main types of prey for the Barn Owl. Once caught, the Barn Owl will bring the prey to a comfortable area such as their nest or a safe tree spot to feed safely. The Barn Owl has the ability to digest most of the animal, however, bones, fur and teeth are not digestible and are often found on the forest floor as remains excreted from the bird or left behind. From these remains, ecologists can tell what the Barn Owls have been feeding on, if necessary.

The Barn Owl diet consists mainly of small mammals and in some studies frogs have been discovered in their diet. It is understood that Barn Owls in Ireland depend largely on the presence of the Greater White-toothed Shrew. Although the presence of the Greater White-Toothed Shrew has the ability to displace the native Pygmy Shrew in Ireland, the populations are kept low enough by the Barn Owls that this has not yet been seen as an actual problem to date.

Barn Owls are becoming scarce across the country, with the majority of the Irish population located in the midlands and south of the country. It is thought that there is no longer any populations in large patches of the remaining parts of the country. Due to this large decline, the bird is red-listed in Ireland. This is because a significant quantity of breeding individuals have declined in numbers across the island, this is common in Europe as many of the European populations are thought to be currently ‘declining’.

Since the 1930’s, its thought that the population has declined well over 50%, with the majority of the decline a result of intensification of agriculture after Ireland had joined the European Union in 1973, as this species is a farmland bird.

Shrieking: Barn Owls screech, they don’t ‘hoot’ like other owls.

Soft Feathers: The Barn Owl feathers are incredibly soft which allows them to be silent hunters while they fly above looking for prey!

Uneven Ears: Barn Owls have lop-sided ears where one is higher than the other to help them to locate where exactly tiny sounds are coming from!